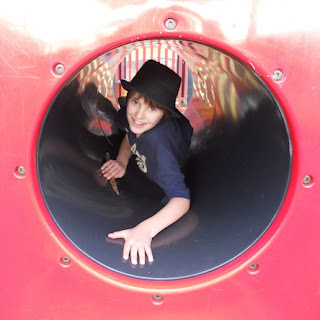 A whole decade, plus a whole year on top of that.

I am the mother of an 11 year old. That means I've been a mother for ELEVEN years.


…When you write it

it seems kind of BIG, doesn't it?!

and insanely blessed to have had this

person in my life for this many years.

He is the beginning of the best story I've ever written,

the one of Motherhood.


And this excellent, ever-so-fine day marks the beginning,

To commemorate, here's my favourite photo of us,

taken on our three day trip away to the mountains (photos to come!),

where we frolicked and celebrated and cuddled and explored and smiled so BIG.


Here we are, lit from within by fine-ness and joy,

and so much love!

Can you see the light of us? I do,

and it's a ribbon of 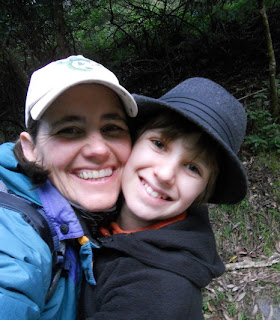 And for those who wanted to read his wonderful story, a story that got published in the paper on his birthday,

(and thank you so much for the kind & beautiful comments in my last post!)

(below the painting that inspired it),

SURVIVAL
They knew something was coming, though they did not know what that something was.
The sun had apparently decided it was not going to rise, and that was that. Meanwhile, clouds had taken its place. A roll of thunder shook them, as a long, snaking finger of lightning reached out towards the forest. Rain began to fall heavily, hammering into the ground like machine gun fire. Animals ran for cover, knocking into each other in their mad dash for shelter. The swollen river, once calm, thundered along, rolling and crashing. Lightning flashed and danced against an angry black background.
Suddenly, a bright red flame leapt up amongst the trees. It grabbed at wood and leaves, gobbling them up hungrily. Soon it began to reach for larger logs. The storm growled and tried its hardest to extinguish the fire. But it had no hope. Now, the fire roared, tearing down trees and growing larger with every bite. It smashed through the forest to the river. The fire reared in anger and dove towards the water.
It was not the only thing diving.
A feeble squeak rose from the carnage. A small, forgotten chick sat nestled in the leaves of a burning tree.
The birds had known something was coming. Now it was here, they had only one option. To flee. In the confusion, the little bird had been left behind. The flames climbed up the tree, crawled along the branch, and leapt at the chick. The chick scrambled for cover, and fell.
The cry hit the mother's ears like an audible nightmare. Without the slightest hesitation, she dove back towards the trees.
The chick seemed almost to fall in slow motion, tumbling and turning through the air. The flames extended towards it, waiting to engulf the tiny form.
Through the blinding smoke and blazing flames flew the mother. She extended her claws, ready to catch her child.
So did the fire. It reached out a flickering hand, thinking it had won.
But with a final burst of speed, the mother bird had her chick grasped safely in her claws. She rose back up to join the rest of the birds, and they left the burning forest.
Days later, when people came, they found nothing but a skeleton land, devoid of all life.
The forest was gone.
Posted by Helena at 11:05 PM

I love hearing from you! Thank you for your heartfelt, thoughtful responses—they lift me, and give me light.