More than just a bout of the blues, depression isn't a weakness, nor is it something that you can simply "snap out" of. Depression is a chronic illness that usually requires long-term treatment, like diabetes or high blood pressure. But don't get discouraged.                 The Mayo Clinic

I live with depression. I live with it like you might live with a coloured rock constantly in your pocket, or a strange and lumpy weight hanging from a string around your neck.

I have lived with the illness for so long. Most of my life. Over the years I have wished it away; I have ignored it; I have felt panicked by it. I have judged myself—felt so terrible for falling so low, for being so pitifully "weak" as to be so sad.

In the past I believed that voice in my ear, the one that said everyone else had this living thing in the bag. "Look around you!" it sneered, "no-one else is lost like you! Everyone else is coping fine! Everyone is clean and shiny and full of pluck and vigour! You're the only one curled in the bathroom wanting to die!"

Ah. Every time I think about it, I think how exhausting it has been.

Getting sick with clinical depression is awful. It feels so terrible you'd never wish it on another living being. What kind of mean trick is this? Not wanting to live when the world is wild with beauty. Finding your whole self raw and whole days unbearable when your kids are literally dancing and singing in the exact space you are in—that's some bizarre torture right there.

What's hard is there's also a weird comfort to bleakness like that. It's just so familiar. Depression becomes your old blanket, your worn groove; it's the loose tooth you fiddle with your tongue, the addiction that soothes you, the only path you know.

Many times I have treated it. And many times, after I stopped being acutely sad, acutely anxious, acutely wishing to not be alive—I forgot, over time, to keep taking care of myself. Forgot to keep exercising, seeing counsellors, seeking the sun, talking, being mindful, sleeping, eating well, taking medicines (herbal or otherwise), exercising, exercising, exercising. So inevitably, I got sick again. Just as sick as before, the old groove rising up, the familiar rut coming to claim me.

But not this time.

The dark can't take you if you see it coming. It sounds too simple, but after all these years… you see, I know it so well now, treated it for so long…It's impossible to miss.

These days, right when I see it coming is when the fight begins.

I see you standing there, saying you know me best, hissing like some dude selling sorrow from the pockets of your trenchcoat.

Who do you think you are, sidling out of the alleyway peddling your old wares, smiling that toothy smile?

And I'm not afraid of you.

Right here is the moment I kick myself fiercely into gear.

I go to yoga—it's only my second time. I twist my body into wild and improbable shapes next to the bendy young things. They can fold themselves into origami swans but that's okay—I may be the strangest swan anyone's ever seen, but I'm there.

I let myself cry in front of my counsellor because I'm really tired, and a bit overwhelmed, and because it's not weak to weep. And I speak to friends about some recent insomnia and they give advice and I see my naturopath and together we do some tweaking until I'm sleeping again.

I go to the doctor and renew my mental health plan, just as I have year after year after year. I sit there speaking plainly, unashamed of recent bleak moments, because at least I am sitting here, damnit,  talking and treating this. As I always have.

And I talk to my husband 'til midnight, and we sift through the stuff and plan days I can exercise regularly, days I can stick to. We figure what we need to do to keep me well.

It's a sign of strength to recognise when you're beginning to slide into sickness and to tell the people who matter.

It's strength to say depression is an illness, just like so many others. It is nothing to be ashamed of.

It's strength to say, Hey, I deserve to be well; I choose the new groove, the fresh path, that bright way of seeing…

even with the coloured rock in my pocket, or the strangely-shaped weight at my neck.

Those are just rocks and things. They don't define who I am.

some thoughts from the busy buzz of my brain…

Let's pretend I haven't been away for six weeks, shall we? Let's pretend I wrote in here just yesterday, and that we're just picking up where I left off…?

It's winter here, but we're kind of lucky.

We get to spend winter in a world that usually looks like this. 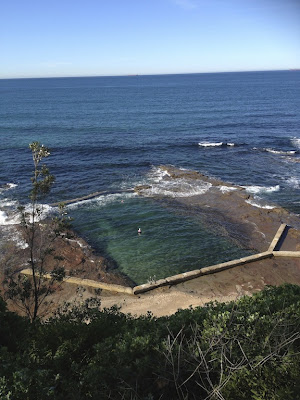 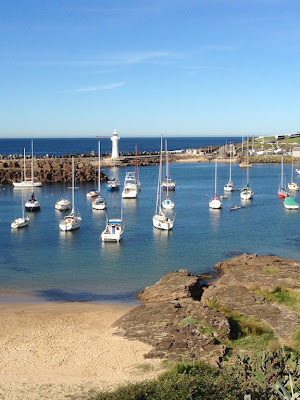 I took these photos a week or so ago, on the day my girl and I walked from the beach to the new chocolateria downtown. It was HEAVEN.
They had so many vegan options, from fruit fondue to churros to decadent hot chocolates. We ate way too much sugar, but then walked it off in the sunshine, through the park, by the sea.
That was a really nice day.

But that might be because it's been a really busy month and we just had a really busy weekend and lots of late nights, and we are really really tired.

PLUS, it was raining. It's almost never washed out and grey here. There are clouds all over where the sun should be. What's up with that?

It's funny because my son just got his braces tightened today, and he was in a bit of pain. And he was so tired and it was the start of another busy day, and he looked out at the clouds, and the grey sky and the rain, and he said, "At least the weather's good today."
My boy.

Speaking of my boy…!

He turned thirteen the other day. Wow. How can I be the mother of a thirteen year old? I remember that time of my life so clearly. I remember the music I listened to, and the days going by, and high school life, and…I think my boy might be happier than I was then. At least I think (and hope) he's having a spectacular life—filled with adventures, laughter, security and so much love. I hope he looks back on it and goes, Yeah, that was a good time.

here's a photo of his brand new, totally-adored juggling clubs. They have become an extension of him, so they kind of count. 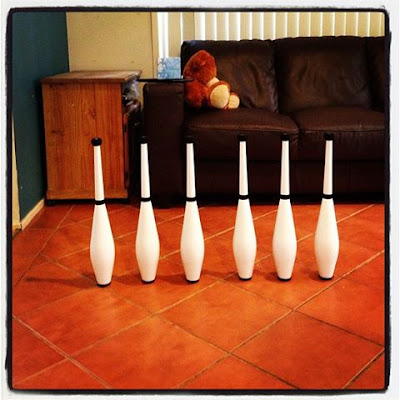 I do love him so.


My son's birthday marked a year to the day since my friend Jennifer passed away.

I thought of her through the whole day…felt love, felt glad that I'd known her…then thought of her some more. I think of her all the time…she taught me some incredible things, and left us all with some beautiful gifts—strength and thankfulness being two of them. What a guide she's been in my life.

She'll always be a part of my boy's birthday… like she was a part of our wedding, and our lives, and that goes on; it hasn't changed.

I am so glad I got to know her and be her friend.


As for everything else?

I am thick in the writing of my novel. Like, so deep inside it it's all I want to do. I want to write when I wake up, when I'm driving my son and daughter to all their classes and things, when I'm cooking…pretty much all moments of the day. Some days I want to move to a writers monastery where all the monks have to do is sit in reverence before the page.

It's kind of hard to do anything else, kind of hard to think straight. I suppose that's the feeling of being in love, right? But with someone you can only see for minutes at a time, sometimes for longer stretches, but in the end someone or something always takes you away.

This sort of constant tearing at the heart can't be good for a person, can it? I'd break it off, but you see, we're tied together now. 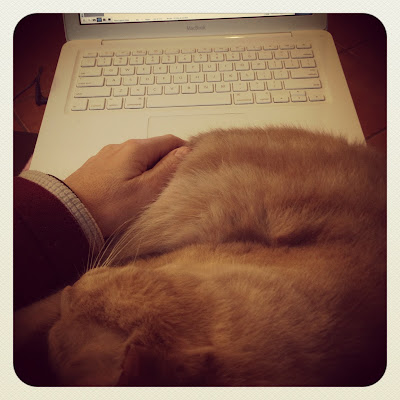 but until this thing is Done, I can't…

That's it—less is the new more!

Little posts, like little postcards… from the brain that's constantly thinking of towns and magic kingdoms and girls who steal moonlight, and what to do with the Queen, and why did she go there and should I turn her into a bird?

Could be kind of interesting :)

So I'll see if I can do that. Postcards. Just little ones…tiny colourful thoughts… like those shells you might pick up on the beach. That might be just right. 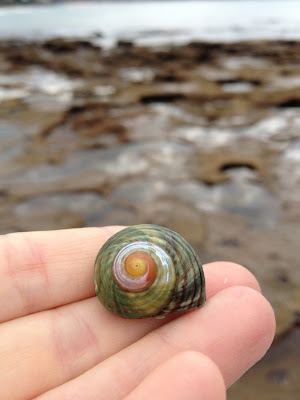